This post, as well as the next one, is based on a presentation that I gave at “Australasian Overtures,” the international conference of the Musical Theater Educators Alliance held at the Western Australia Academy of Performing Arts (WAAPA) in Perth, Australia. 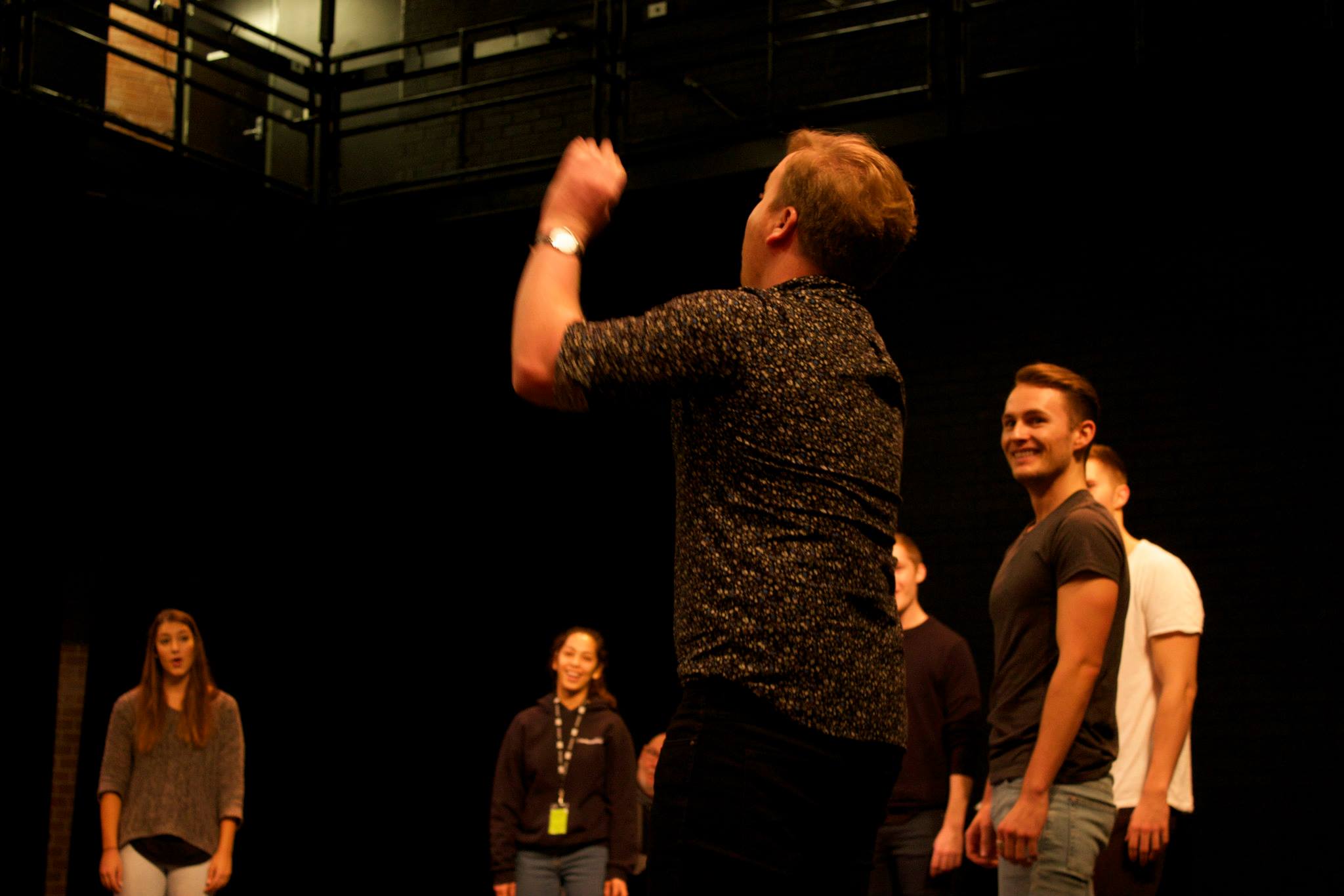 The title of my presentation, “Come To Your Senses,” is the title of a song by the late Jonathan Larson from his musical Tick Tick Boom. It’s also an idiomatic phrase in vernacular English that may not have been familiar to some of the international guests at the WAAPA conference: to “come to your senses” is to pay more attention to what’s going on around you, to use your senses more fully so that you are attuned to your circumstances. “Coming to your senses” is like waking from a trance or a spell.

Not only one sense, but use all five
Come to your senses
Baby, come back alive

The audience at WAAPA was made up of nearly 200 musical theater educators and students who came from all over Australia and Asia, as well as the US, the UK and Europe. It was awesome to be in the company of so many people who shared my passion for the thing that’s been a big part of my life’s work. And of course, they wanted to know: what makes this advice important for the singing actor?

In the many years I’ve spent teaching and coaching singing actors, one of the things I’ve noticed time and again is that, if you want to take your singing acting to an elite level, you need to come to your senses. Yes, this sounds like a vague platitude – Wake up and smell the coffee, stop and smell the roses, pay more attention – but in fact I mean something very specific, focused and practical. In my presentation, I explored that idea a little bit, and demonstrated some strategies that you can use in the classroom, the rehearsal room and the practice room to put this idea to work.

What makes a good singing-acting performance? Well, first of all it’s specific. That doesn’t just mean it’s accurate to what’s on the page, of course, though that’s an important part of being specific. More importantly, it includes specific behavior choices that communicate the dramatic event, the given circumstances and the present action. It’s authentic: that is to say, it has the ring of truth. It doesn’t seem fake or phony, but instead gives the impression of a person who is living truthfully under those imaginary circumstances. It’s varied, which is to say, it changes over time. The singer needs to make choices specific to each moment, each individual phrase of the song. When we experience a singer’s performance, meaning emerges as we take in those specific choices in sequence over time. And it also has intensity, a level of vocal and emotional excitement that lifts it up beyond the everyday. Specificity, Authenticity, Variety and Intensity: for me, these are the four key attributes that distinguish a successful singing-acting performance. These four qualities are so fundamental to successful singing-acting that, over time, I decided to name my teaching approach after them: I call it the SAVI System, a system of technique training that’s designed to cultivate those attributes, and you can read more about that elsewhere on this site.

So – a good singing-acting performance is SAVI, and it turns out that coming to your senses, singing with an enhanced level of sensory awareness, plays an important role in being specific, being authentic, being varied and being intense. If your senses aren’t alive, it’s certainly possible to go through the motions of a performance and to make some compelling noises. However, your five senses are the way you engage with the world around you, the real world as well as the imaginary world of the play, and without that engagement, your work as a singing actor won’t be as good – as SAVI – as it needs to be to succeed.

I didn’t anticipate getting much disagreement about any of the assertions I’ve said so far. But here’s the thing: it’s not as easy as it sounds. In my years and years of observing singing actors at work on the stage, I’ve found it to be one of the most basic challenges the singing actor faces. Why is that? These were some of the responses that came up in our discussion: 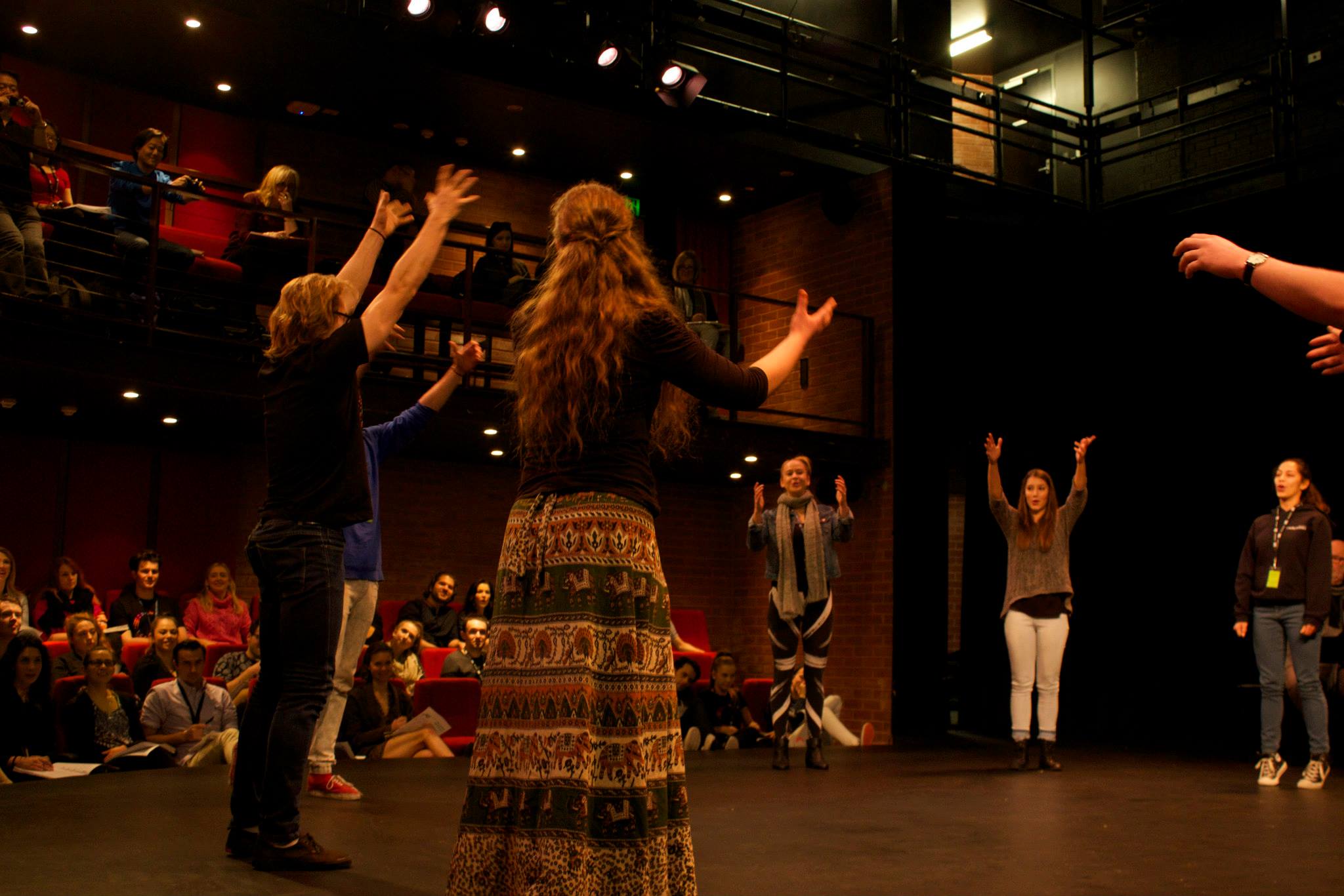 Singing actors experience this stress in the form of tension, and the body responds to stress with an increased production of the hormone cortisol. This leads, in turn, to a greater flow of adrenaline, stiffening of the joints, physical “armoring,” shallow breath, narrowing of the gaze (“glassy” eyes) – a set of phenomena associated with the “fight or flight”syndrome that affects animals in threatening conditions. In short, when you’re under stress, you’re less open to your senses, and less likely to be able to respond and act freely on your impulses.

“Acting is receiving and singing is giving.”

I read an interview with soprano Natalie Dessay where she talked about the challenges of singing and acting. “It’s almost impossible to sing and really act at the same time. For me, acting is receiving, and singing is giving, and that is why it is so difficult, because your mind does one thing and your body does another.” The point she is making is that singing acting is a form of communication, but because it involves singing, we tend to focus chiefly on transmitting rather than receiving.

In actor training, it is common to stress the importance of listening as well as talking – that is, receiving information as well as sending it. When you are singing, activating the senses is a way of restoring the balance between sending and receiving. The singing actor must acquire the ability to do both, in turn. This is true even when – especially when – a character is alone on stage. Note that simultaneity is rarely required – you’re either transmitting OR you’re receiving, but seldom are you expected to do both at the exact same time. In fact, the score provides a great deal of guidance as to when you are required to transmit and when you are available to receive.

Sending and receiving are twin aspects of the act of communication. In the score of a song, the writer and composer have set down what is to be transmitted, with no indication of what is to be received. But think about it – it’s unnatural, even impossible, to have one without the other. You have to inhale in order to exhale – you must breathe in before you can breathe out. This give and take, this ebb and flow, this in and out is all part of the natural function of any living organism. But when we sing a song, we become fixated on what we give, what we send out, because that act of sending is complicated, challenging, difficult.

I have found it necessary and productive to devise training experiences in the studio that disrupt the pattern of “fight or flight” stresses and restore a more natural and robust flow of energies between impulse and expression. This is very similar to what I heard Annie in her presentation on Saturday describe as “breaking the cycle.”

I have found that activating the senses is one of the most reliable ways to break that cycle.