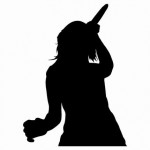 Stew, who co-created the musical Passing Strange with Heidi Rodewald, and whose new musical Family Album opens tomorrow at the Oregon Shakespeare Festival, said, “We don’t like musical theater actors so much.”

Did that make you flinch? I did when I read it.

Contemporary theater artists like Stew, inspired by the vivid immediacy of rock, continue to look for ways to bring rock into the theater. Rob Weinert-Kendt wrote a provocative piece for American Theater about this phenomenon, claiming that the “American musical’s next wave” is “a jam session between indie bands and theater artists making vital new music together.”

What does this mean to you? If you’re a singing actor, sooner or later, you’re gonna sing a rock song. And according to Stew, if you’re a “musical theater actor,” chances are you’re gonna suck.

A recent survey of audition notices showed that more than half of the roles in musicals being advertised called for “pop” or “rock” vocal styles, while only 5% called for “legit” singing. If you can’t sing pop and rock music convincingly, you’re diminishing your employability and running the risk of becoming a vocal dinosaur.

Does the prospect of singing rock in a musical make you feel confused?

American popular music started rocking out before most of us were born. Hair, the granddaddy of Broadway rock musicals, ushered in the Age of Aquarius in 1968 and had a recent successful Broadway revival just five years ago. Shows like The Who’s Tommy, American Idiot, Rent, Bloody Bloody Andrew Jackson and Spring Awakening are just a few of the Broadway hits that prominently feature rock scores.

But rock music and the traditional “Broadway” musical don’t seem to play by the same set of rules. That makes it confusing when a singing actor has to sing a rock song in a musical, doesn’t it?

Do you riff or stick to the written score? Sing with a “clean” sound or a “dirty” one? Use the text to tell the story, or just as a pretext to make some wild sounds? Fight the groove, or put it “in the pocket?”

More and more musicals are requiring singing actors to enter this unfamiliar territory, one where traditional singing teachers are rarely a helpful guide.

Instead of the clean, cultivated sound advocated by mainstream singing teachers, rock singers use a rough, raspy delivery and an in-your-face attitude to convey gritty truthfulness. Rock songs require a technique that must never seem technical, and a quality that Stew calls “swagger.”

And then there’s the lyrics.

In the “golden age” of musicals, the singer’s job was to “put over” the lyric. This meant using clear diction and detailed behavior to make a song clear and vivid.

In rock, understanding lyrics is less about the head and more about the gut. In many cases, the words of a rock song are more like Whitman’s “barbaric yawp,” more Dionysus than Apollo, a glorious cry of freedom rather than an orderly attempt at communication. Rock singers are typically long on attitude and energy, short on clarity and details: in short, the opposite of musical theater singers.

My musical theater students work on rock repertoire in class all the time – not just rock songs from musicals, but real rock songs with no connection to the theater. One of my former students recently posted a video of an Alanis Morissette song that she performed with gusto and grit. Her body was dynamic and energized, her sound raw and authentic. Only one problem, though – I couldn’t make out the words she was singing!

This is the quandary that performers and teachers of musical theater all face nowadays, and it’s a quandary that goes beyond issues of diction and articulation. It also means being uber-clear about the unfolding drama of a song and how each successive phrase reveals something new.

Let’s consider a specific example to make this discussion more concrete – how about “I Don’t Know How to Love Him” from Jesus Christ Superstar?

Too often, this classic theater-rock song seems to be an invitation to indulge in rock chick clichés, letting style and attitude take precedence over content and the unfolding drama. Look closely at the lyric, however, and you’ll see that Mary is talking with an imaginary confidante, seeking advice and as she struggles to understand how her newest lover, Jesus, has rocked her emotional world. By treating the lyric as a dramatic text, it is possible to bring specificity and variety to the communication of the song – without having to sacrifice the mood or vocal stylings! The ability to do this is a key difference between the singer and the singing actor.

Talking about diction in rock songs makes me feel like a curmudgeon, a grumpy Henry Higgins on the wrong side of the generation gap. But success in musical theater rock calls for finding a middle ground between the “barbaric yawp” and the specificity that the traditional theater singer must have. Regardless of musical genre, your job is to “create behavior that communicates the dramatic event, phrase by phrase.” Here are six things that will help you do that when you’re called upon to sing a rock song onstage:

“Rock” and “pop” are generic terms with a rich array of sub-categories. Sheri Sanders has established herself as an authority in this field with her Rock The Audition book and DVD; it’s a useful resource for getting yourself oriented in this unfamiliar new territory.

Say the words without the music, even if it feels really jive or queer the first time you do it. Keep doing it until the words make sense as a monologue. This works for rock songs like it does for every other kind of song.

Moments of change, the instants when new thoughts begin, are always the best opportunities to make expressive choices. But watch out! The groove can obscure the dings; a brisk tempo and strong rhythm can impel you to deliver the text in a heedless hurry. To prevent this, mark the dings, and then ask yourself, What’s different now? How does this current phrase differ from (or relate to) the ones I sang previously? Once you’ve scoped out the changes in the text, find ways to reflect them in your use of your eyes, face, body and voice.

4. Move your mouth and face.

You don’t have to “mug” or overarticulate, but keeping a mobile and expressive face, eyes and mouth will help you to communicate the content of your lyric. A warm-up that includes facial flex (“gurning”) and a workout for your articulators will get you in shape to communicate.

5. Imagine the song as a story.

Who are you talking to? What are the imaginary circumstances surrounding this conversation? If the lyric doesn’t give you much to go on, let your imagination go to work on filling in the details.

6. Be a human being that has a voice!

What challenges have you faced in trying to present rock songs in a theatrical context? Do you get grumpy like me when you can’t understand the words? What do you think about Stew’s comment and the future of the indie-music musical? Feel free to school me in the comments below!