Final thoughts from the presentation that I gave at “Australasian Overtures,” the international conference of the Musical Theater Educators Alliance held at the Western Australia Academy of Performing Arts (WAAPA) in Perth, Australia. 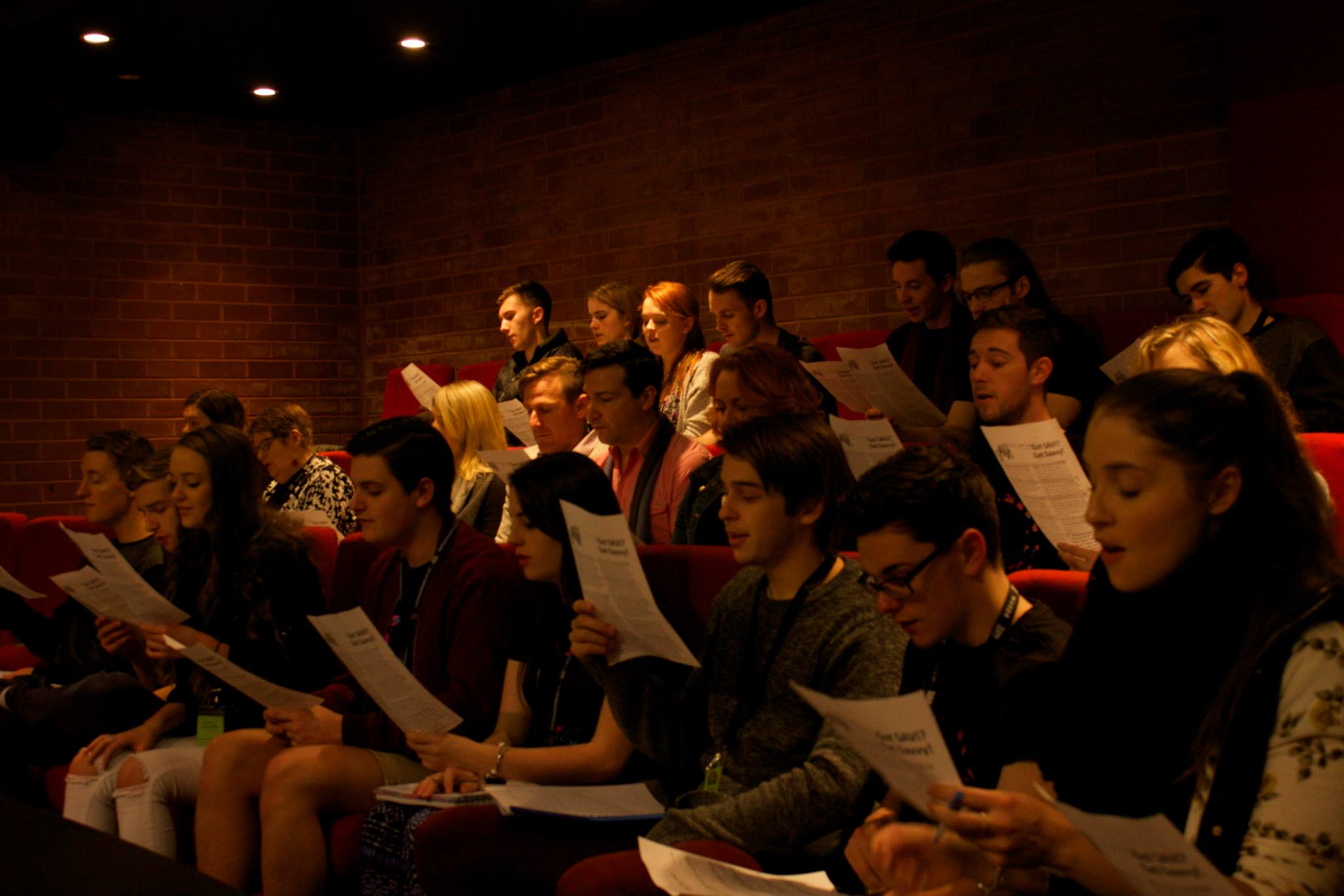 Students sang “A Song That’s SAVI” and learned more about the SAVI System of Singer-Actor Training at my workshop. Flom-tastic photography by Jonathan Flom.

Earlier this month, back in my home town of Philadelphia, the Arden Theater celebrated its 30th anniversary by giving its first ever Master Storyteller award to Stephen Sondheim. That masterful storyteller celebrated his eighty-fifth birthday in March, and the title that the Arden honored him with – Master Storyteller – is worth mentioning here because we want all our students to become master storytellers, using music and song as our vehicle for telling a story.

I want to quote from him as I end my presentation today.

In the song “Move On” from Sunday In The Park With George, Sondheim has the character Dot sing these worlds:

Everything you do
Let it come from you
Then it will be new
Give us more to see.

When you come to your senses as a performer, your work becomes more Specific, more Authentic, more Varied and more Intense: more SAVI.

Legally Blonde is a story about coming to your senses, about seeing beyond prejudices and assumptions and lazy, convenient stereotypes. It is a show filled with kinetic and aural exuberance, a feast for the eye and ear and also for our kinesthetic sense.

In the rock opera Tommy, the blind boy the show is named for sings these words:

See me
Feel me
Touch me
Heal me

Coming to your senses is a way of healing the world. So often, we look away from life. It is too much, too hard too see what is really there. In America right now the news is full of a terrible tragedy, the murder of nine individuals in a Charleston church. Too hard to see, too awful to hear, too dreadful to take in this news. We rush through our days, our senses bombarded by sounds, images, sensations, and we have filter nearly all of them out. We would go crazy if we didn’t have some control over the portals of our senses.

But the theater is a seeing place. The term theatron in Greek literally means a seeing place. What’s more, we also refer to the room a theater performance happens in as an auditorium, a room for hearing, and the people who gather in the theater are called an audience, people who have come to hear and see a story, and in doing so, come back to their senses, have their feelings touched and be healed.

When you come to your senses as a performer, you help audience members come to their senses, and we all feel more alive for it. I know I felt more alive Saturday night at Legally Blonde, and I think we all feel more alive as theater artists and as humans in the presence of a great performance of a great song. It contributes to the feeling that Sondheim describes in the title of another one of his songs: the feeling of “Being Alive.”