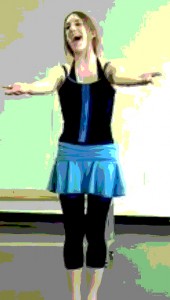 I don’t know about you, but salesmen really turn me off. On the phone, at the door, in my inbox: it doesn’t matter where I encounter a sales pitch, I’m almost always hostile to the effort to sell me something.

That’s probably why I used to cringe when I heard a particularly regrettable bit of musical theater parlance: “sell it, baby!” The idea of “selling a song” dates back to the days of Vaudeville and Tin Pan Alley, and the phrase conjures up a desperate cheesiness, an unwelcome assault on my sensibilities.

But my eyes were opened, and my opinion changed, by Daniel Pink’s most recent book, “To Sell is Human.” Pink begins his book by observing that many people share my prejudice against salesmen, but by the time he’s finished, he’s made a strong case to prove the art of persuasion is essential in practically all walks of life.

Particularly useful is Pink’s notion of “non-sales selling,” which he describes as “persuading, convincing and influencing others to give up something they’ve got in exchange for what we’ve got.” Seen from this perspective, many songs have a built-in sales pitch. In “There’s a Boat That’s Leavin’ Soon For New York,” the insidious Sportin’ Life lures Bess with a vision of the high life they’ll live away from Catfish Row. In “Dogs Versus You,” Annabeth Glick has to persuade Harry Witherspoon to give up the bequest from his late uncle’s will to help support the Universal Dog Home. In “See, I’m Smiling,” Cathy has to persuade Jamie to give her attention even though he’s distracted by the social whirl of his literary crowd.

The character who is singing wants something, and in cases like the ones I’ve cited above, the person being sung to has the power to fulfill that desire. Other times, the person being sung to is standing in the way, and the song is animated by the singer’s attempt to remove that obstacle. Think about Fanny Brice declaring, “Who told you you’re allowed to rain on my parade?” or Mama Rose persuading her obdurate father in “Some People,” pleading “Come on, Papa, what do you say?” 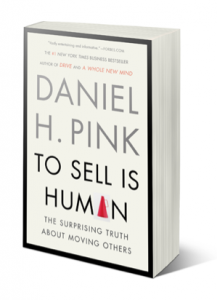 In the language of acting, the singer has an OBJECTIVE, a goal. The act of “persuading, convincing and influencing others” is not about selling the song per se, but it is about persuading the listener so you can get what you want. In order to attain your objective, you undertake a series of specific actions – you “DO” things – and it is frequently helpful to express those actions in the form of action verbs, in the infinitive form: to cajole, to plead, to threaten, to seduce, to explain.

Makes me think about Stew’s comment from last week about wanting “people who sing…like human beings that have a voice.” It’s human to want something, to desire it intensely, and it’s human to try to persuade, convince and influence others to get what we want. “To sell is human,” and to “sell it” when you sing isn’t just human, it’s … well, it’s a SAVI thing to do.